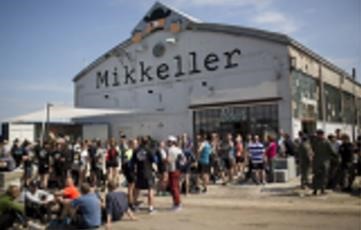 In 2006 Mikkel Borg Bjergsø was a math and physics teacher in Denmark who started experimenting with hops, malt and yeast back home in his kitchen in Copenhagen.

Today he exports his micro-brewed beers to 40 different countries and is internationally acclaimed as one of the most innovative and cutting edge brewers in the world.

The business was originally based on the “gipsy” ethos; that is, the company did not operate an official brewery and, instead, collaborated with other brewers to produce their recipes or experimental one-off brews. The company now operates two breweries in the United States.

The whole thing started with some home-brewing attempts, some successful, some not. They entered a few brewing competitions and started winning some of them and in 2006 the Mikkeler brewery was founded.

Mikkeller’s style of brewing is considered to be unique since many of its beers are experimental with novel tastes. During its history, Mikkeller has released 800 different beers in a wide variety of styles, including several variations on the same beers (e.g. barrel-ageing a beer in oaken barrels from various origins or having contained various spirits).

In 2014 Bjergsø wanted to lose some weight while still being able to drink beer and eat well. So he wrote a Facebook post inviting anyone who was interested to come run with him from Mikkeller & Friends taproom in Copenhagen one Saturday. Afterwards, they bought beer for everyone who showed up. The first run attracted eight participants; the next, 30; two months later, 100. Soon, a fan emailed from Sweden asking whether he could start a chapter of Mikkeller Running Club, followed by another from Bangkok. Within a few months, an official Club was established guide by the philosophy: “Don’t be too serious about your sport, don’t forget to do your exercise”. This has now expanded to a network of 180 clubs across the world with 12000 members, who also act as advocates for the club and the beers.  There is a strong use of social media and apps to engage with all these people across the world. The latest chapter is in Torshavn, on the Faroe Islands, with 186 members. Mikkeller brews beers specifically for running, this beer menu including a light IPA style, designed to be easy to drink for a beer mile,  non-alcoholic “energy beer” full of vitamins like other common energy drinks etc.. April 2016, Mikkeller opened its first US brewery. The facility had previously been owned by AleSmith, which relocated to a larger space. In November 2019 it was announced that a collaboration with the organization Zero Foodprint would mean that all of Mikkeller’s 11 Danish restaurants and 2 California restaurants will now be carbon neutral. This is done by simply donating one per cent of the revenue to climate beneficial farming and carbon offsets. In March 2020 Mikkeller and the pop singer Rick Astley will open a brewpub in Exmouth Market in Clerkenwell, London The two-floor brewpub will contain a bar and restaurant, as well as a brewery that can produce 7.5 hectoliters of beer at a time. The in-house brewery will supply the bar with completely fresh beer and infuse the 264 square meters of the premises with the comforting aroma of malt and hops

​Some key lessons to be learned from Mikkeller

1) Operate and stick to a clear relevant vision and strategy This success is built on the clear Mikkeller’s business vision:

“ … brew beer that challenges the concept of good beer and moves people. We do this by using the best ingredients and work with the most talented and creative minds around the world.”

2) Build and support your customers – from  fans to becoming part of a brand tribe in all your markets Newsletter filled with relevant information, bespoke App and constantly updated website are some of the tools that Mikkeller operate across the world. A global forum where runners across the world communicate, track their runs and tasting beers, and engage in friendly competition and social chats

3) Listen and learn – keep innovating, staying relevant, and always a step ahead Mikkeller introduces more than 100 new beers every year.  Many are just as limited editions including special brews such as Stouts with Vietnamese Kopi Luwak coffee, chipotle chilli, lychee fruits –to name a few. 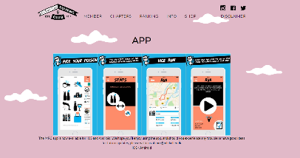 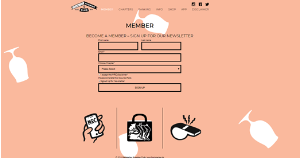 4) Be close to your markets. be a part of the community and the industry A strong way o join the global communities can be seen on the Mikkeller blog where the blog is headed up by a strong passionate blogger and industry influencers team from different countries and background

Carl Casagrande receiving the prize on behalf of MRC

… “co-operate with other breweries around the world, who inspire us and teach us new ways of doing things”…

5) Demonstrate a strong ethos and be accessible and show mutual interest with the Mikkeller communities. As the network of fans keeps growing, Bjergsø frequently take part in openings and the Mikkeller runs around the world to show and share the passion.

This small list of some of the key highlights of what has formed this global success story by using non-traditional “routes to the export markets”… is far from exhausted and the growth continues.

So, this incredible success was not achieved by having a ‘big plan’
but by having passion and persistence.